Have you ever heard of the Åland Islands? Well, that’s where I live, right now on the island of Kökar with only 230 inhabitants. Åland Islands lie between Finland and Sweden and consist of nearly 7000 islands of which only about 60 are inhabited. It is a spectacular place to see how cooperation can reach out to very small and remote places and yet make a positive change to the lives of the local people.

The landscape here was formed by ice age 10 000 years ago (that’s why we don’t have any alps. They were all grinded away by up to 3-kilometre thick and heavy ice). It is a fascinating and challenging environment: the open horizon, thousands of small low islands, the vast, unspoilt nature, exposed to sea, wind, sun, and storms. People have survived here by fishing, sailing, farming, constructing, transporting, – and nowadays also by tourism, municipality services and distance work. But often you must be a “Jack of all trades”. 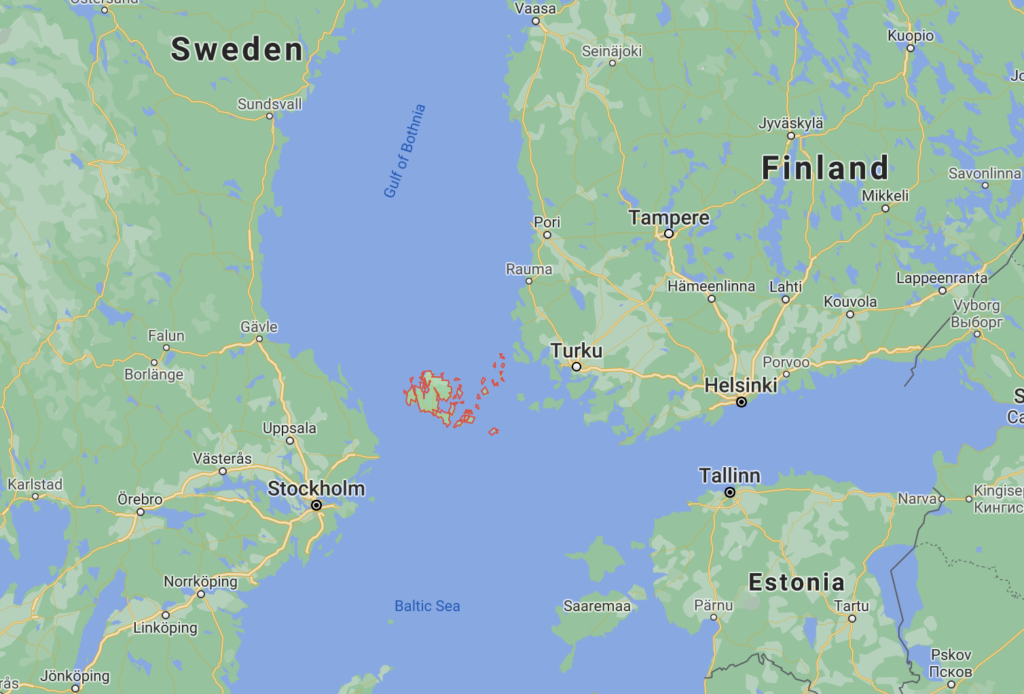 As the urban areas in the neighbourhood increase: Helsinki, Stockholm, Turku and Tallinn, these remote areas are depopulated due to no higher education institutions, fewer working alternatives, etc. But the quality of life is high, and people in the Åland archipelago seem to be very healthy and satisfied according to surveys. It is safe, calm, close to nature and with a caring community spirit.

It is all about people

In my work, I have followed EU funded projects in the archipelago area for seven years, and I have seen both visible improvements and more intangible results. Because something happens when people meet, and when you go outside your own circles and comfort zones. It is all about people – with visions, courage, and willingness to do what it takes when it comes to this sort of demanding EU project bureaucracy.

The Central Baltic programme has funded about 25 projects in this area, and when I some years ago asked the Ålandic project managers what they were most proud of, the answers were “the results”, “the cooperation”, “the new knowledge”, “the network”, “the investments”, “that we succeeded”, and “the commitment”.

The smallest municipality in Finland benefitting from EU funding

If you go north of Kökar, you find Sottunga, the smallest municipality in Finland – and perhaps the world – with less than 100 inhabitants.

At first, I thought Sottunga was too small to participate in an international cooperation project.

But the parttime municipality officer, Kennet Lundström, has actively involved his island into three Interreg projects: there have been improvements in the guest harbour with more sustainable solutions, new service building, new floating jetty and wastewater solution based on comprehensive planning. A success factor in one of the small port cross-border projects was the study visits to different small ports on mainland Finland and Sweden. During the visits Kenneth and his colleagues got to see and discuss the challenges on site to find better solutions before implementing improvements in their own port.

Apart from the port, the first certified European Cultural Route on Åland, the pilgrimage route of St Olav Waterway, winds up in the varying landscapes of Sottunga. The certification was a result of a three-and-a-half-year ambitious project, connecting Finland, Åland and Sweden by a joint 600-km walking and sailing path, part of the 1000-year tradition of Nordic pilgrimage heading for Trondheim in Norway, the final destination for all St Olav Ways.

The commitment of Kenneth and the people of Sottunga with a lot of volunteer work have fulfilled the impressive tasks and giving them a lot of credibility. The retired chancellery clerk Britt Pettersson said, when she was sharing how they planned and cleared the ground for the new pilgrimage path: “This has been the sweetest political task I have had during my carrier as elected representative. Thanks to the pandemic, the interest of wandering and outdoor activities nearby has increased. More people have searched for close and safe destinations and found Sottunga.”

The visitors have praised the new 8-km route, which makes Britt and Kenneth, with all rights, happy and proud.

I don’t know if you can imagine a school with only 15 pupils in 9 grades. Some grades have only one or even no pupils. They are divided into two or three groups: 1-4, 5-6 and 7-9 grades. These will be your classmates for years on an island with, let’s say 230 people, as Kökar. The ferry is your only way to meet other young people face to face. But it takes 2,5 hours. It is not easy to take part in any hobbies on the mainland.

If you travel north-east of Sottunga, you come to Seglinge, the home island of the student Sofia Lahtinen.

Sofia from Seglinge is active in SKUNK, an association for archipelago youth, arranging a lot of joint activities for these sparsely populated islands.

SKUNK became part of a project called RIBS, Rolling Images in Business Start Ups, about bringing young people from different remote areas together, training them in entrepreneurship and media literacy with the help of experts. Digital technology makes creativity-based work possible regardless of location, and you can live wherever you want without giving up your dreams.

The project started with a lot of local workshops out on the islands and in the small municipalities in close cooperation with the schools or youth centres. Sofia was one participant. The workshops were combined with exchanges and international camps, where the language was English, and you learned new things and developed ideas together with people from other countries.

At first, the youngsters from Åland archipelago did not want to go the international camps. It was scary. But as the project continued, the interest and the confidence increased – and the results are really encouraging. Finally, there was even a waiting list for the last camp!

Sofia was 14, when she left for her first exchange outside Åland: “We were three girls from Åland who went to a school on Gotland in Sweden and made films together. You were thrown into working with people you had never met before. All that, while also training your creativity, was very rewarding.” After the exchange she continued being actively involved in RIBS, and finally she was part of the winning team in the final Get the Deal competition in Stockholm!

“We had to solve a real challenge for a real company. We were five from different countries and regions and worked for 2,5 days close to our coach. We discussed with the company, we planned marketing and different solutions, gave a presentation – and won! Everybody was needed, as we had different skills and tasks. We really trained our creativity, collaboration skills, and talents”, Sofia describes her experience as a 17-year-old student.

I am braver now, with more courage and confidence.

When asked about what Sofia will keep with her after the project is over, she doesn’t hesitate:

“Spontaneously, I would say the people and the relations I got. Before, I was more or less in my own bubble here in the Åland archipelago. Now I have met and talked to so many different people from different cultures, also in English. It has made me more open to new people. We tried new activities as filming, music video production, exhibition planning, etc, a lot of things I had never done before. And we can do so much more than we first think! I am braver now, with more courage and confidence.”

These young people gained a new perspective, new friends, a new understanding, and a lot of new experiences. These will stay in their rucksacks for life. The project showed them alternatives. And when you know them, you can better choose your future with an open mind.

And for me listening to Sofia – I can’t think of a better project result!

Ester Laurell works as an Information Officer of the Interreg Central Baltic programme 2014-2020 at the National Contact Point in Åland.

Underwater museum in the middle of the Baltic Sea