It often takes years until new procedures for treating cancer can be used in an everyday clinical environment. Beforehand, they go through numerous studies, in which doctors and researchers check the efficacy and safety of the procedure, with the active involvement of the affected patients. Improving the quality of cancer treatments by using new methods is the goal of the Danish-German research project “InnoCan: Innovative High Technology Cancer Treatment Denmark-Germany“. Until the end of 2018, the Department of Radiotherapy at Kiel University (CAU) and the University Medical Center Schleswig-Holstein (UKSH) will be involved in the project, which has a total budget of 4.27 million Euros. Funding for the project at the Kiel site is nearly 460,000 Euros. InnoCan is being funded by Interreg Deutschland-Danmark with means from the European Regional Development Fund.

The InnoCan project, which was launched one year ago in Germany and Denmark, is focussed on the use of innovative technical equipment, which should lead to a more gentle treatment of cancerpatients in future. At the Department of Radiotherapy in Kiel, clinical studies for this purpose are being carried out in a German-Danish test centre, and the first results are already available. In addition, researchers in Naestved (Denmark) and Lübeck tested a device for measuring vital signs. The test will soon continue in Kiel. The device measures the body surface temperature as well as breathing and heart rate, which can be read on a tablet via Bluetooth. In this way, medical staff can, for example, check patients’ vital signs during the night without disturbing them.

A similar principle works for devices which should facilitate blood testing at home. They measure the haemoglobin value in combination with checking the white blood cell count. This enables doctors to decide in advance – based on the blood measurements taken at home – if the patients are ready for their next chemotherapy treatment in hospital, allowing them to avoid unnecessary trips there. Expense and inconvenience for seriously ill patients could thus be reduced in the long term.

This is particularly interesting for older cancer patients or for countries such as Denmark, where the distance to the next hospital is often quite a long way,

The Danish project partners are already testing the device. During the course of the year, testing should also start in Kiel, initially with patients admitted to hospital.

In view of the increasing age of society, it is to be expected that the number of cancer patients will increase. To improve the quality of the treatment in spite of this requires a special effort in the clinical testing of new procedures. With InnoCan, we want to support not only application-orientated research, but also small and medium-sized enterprises,

Up to four companies should be able to clinically test their innovative medical products in the participating hospitals, continued Dunst. “In particular, young medical companies benefit from the close collaboration, by getting feedback from patients, doctors and healthcare workers, about how they can further develop their products,” explained the radiotherapist, who leads the Kiel part of the project. In addition, the Danish and German project partners support participating companies with their preparations for clinical testing, on both sides of the border. “In this regard, the interdisciplinary cooperation with the Danish partners is particularly valuable,” explained Dunst. A total of ten German and Danish partners are participating in the project, under the leadership of Zealand University Hospital in the Danish city of Naestved.

The Kiel Department of Radiation Oncology is also involved in testing a self-adhesive wound plaster. It should prevent skin reactions, which can occur during radiation therapy of head and neck tumours. In a further study, the scientists hope to shorten the treatment time for patients with vertebral metastases, by using high-precision techniques in radiation therapy. In close cooperation with the Danish project partners, the groundwork is being laid for additional studies on improving the treatment of metastatic breast cancer and prostate cancer. 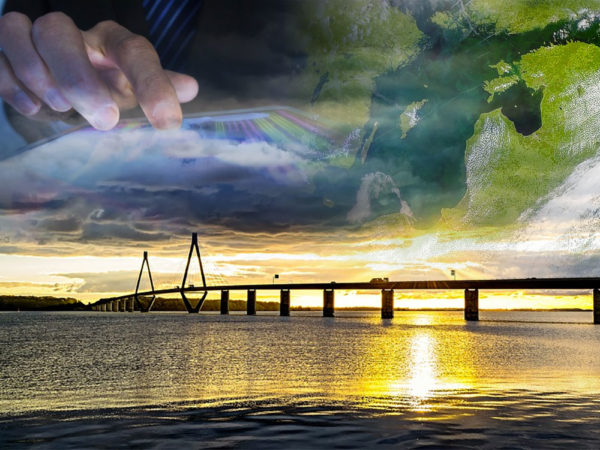 Germany and Denmark are working together to treat cancer patients gently