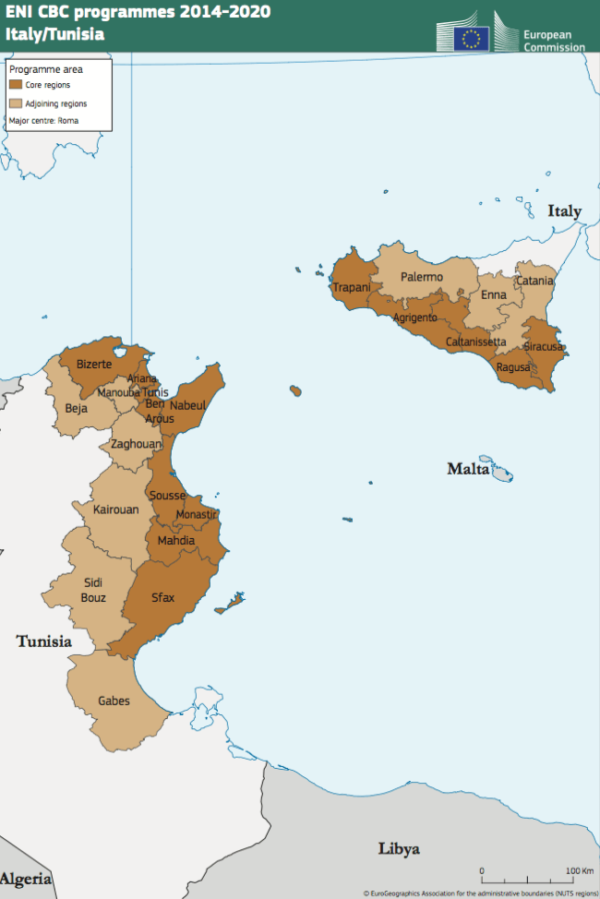 The ENI Cross-Border Cooperation Programme Italy-Tunisia 2014-2020 was adopted by the European Commission on 17 December 2015, with decision C(2015) 913. The Programme, which receives EU funding of EUR 33,354,820 under the European Neighbourhood Instrument (ENI) aims to contribute to the overall ENI objective of progress towards “an area of shared prosperity and good neighbourliness between EU Member States and their neighbours”

The participation of Italian national ministries and bodies under the control of the government based in Rome is envisaged in cases where it contributes to the achievement of the objectives of the Programme.

The ENI CBC Programme Italy-Tunisia 2014-2020 provides a framework for the implementation of projects around three main thematic objectives:

The Sicilian Region, Presidency – Department of Programming. is the Managing Authority, that is the entity responsible for the daily management and implementation of the Italy-Tunisia ENI CBC Programme 2014-2020.